Premiere of The Drama of Climate Change 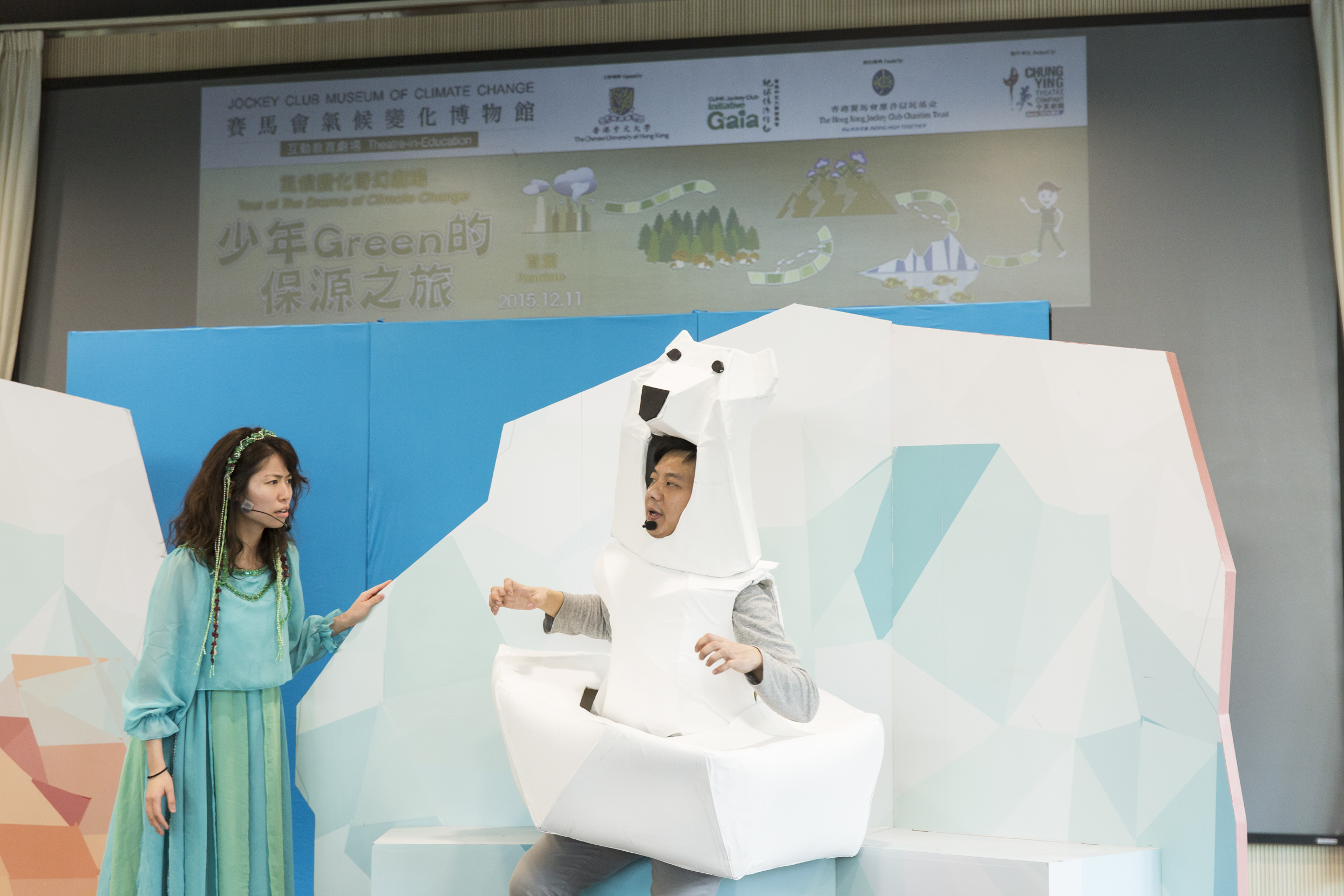 To increase public awareness of climate change, the CUHK Jockey Club Museum of Climate Change (MoCC) presented an original play The Drama of Climate Change which premiered at ZCB (Zero Carbon Building) in Kowloon Bay on 11 December 2015. The performance was well received by an audience of 110 from the government, public organizations, tertiary institutions and two primary schools.
The Drama of Climate Change was launched in 2015, touring about 40 primary and secondary schools in Hong Kong. The drama's successful tour has led to a new collaboration between the MoCC and Chung Ying Theatre Company. The new play ties in the theme of the MoCC and echoes the first Hong Kong Biodiversity Festival's spirit of encouraging stewardship of biodiversity. The new drama tour will take place between January and May 2016. Schools are welcome to book a show by contacting the MoCC.