Preview of The Drama of Climate Change 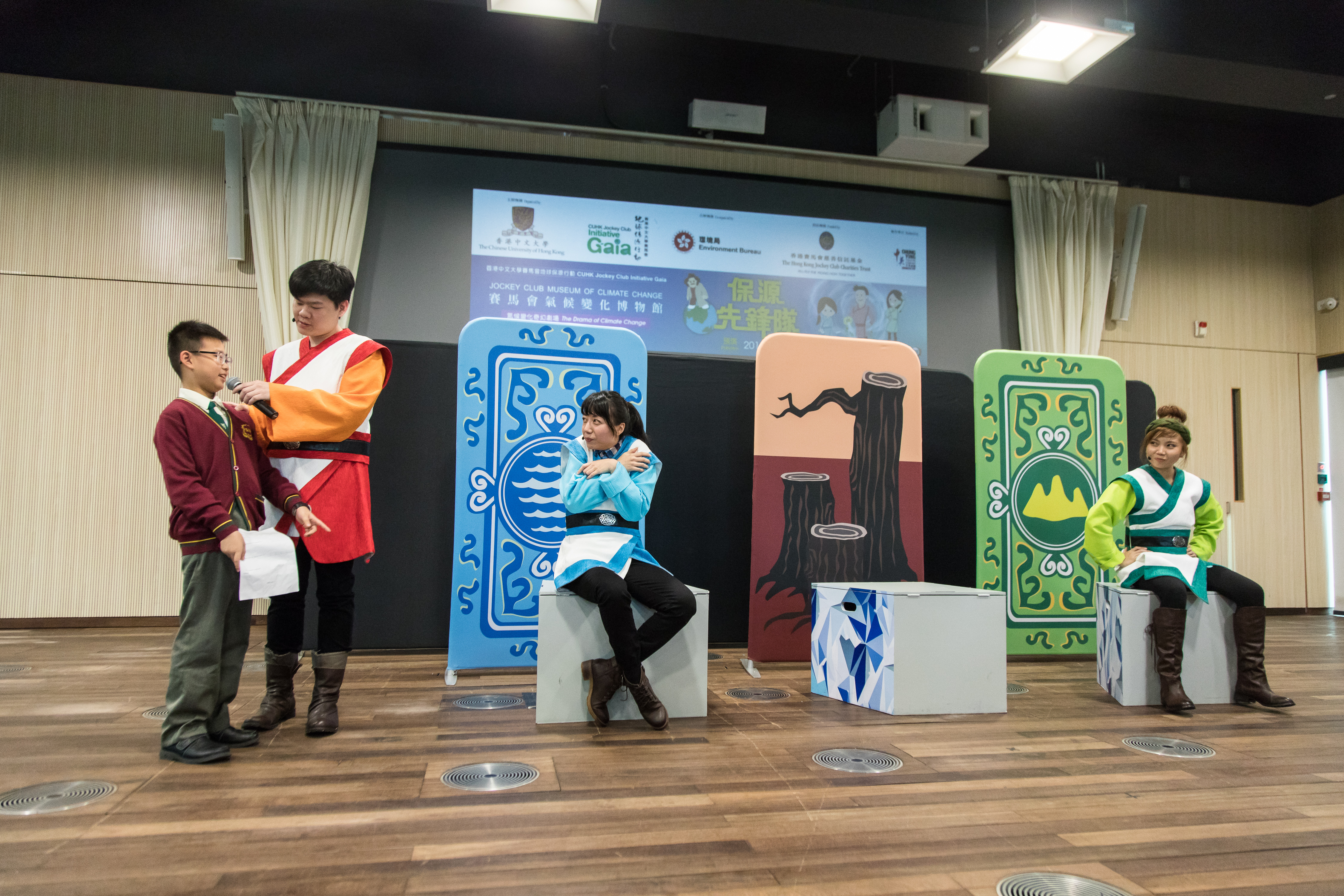 To celebrate the third anniversary of the Jockey Club Museum of Climate Change (MoCC), and supported by The Hong Kong Jockey Club Charities Trust, the museum collaborated for the first time with the Environment Bureau of the HKSAR Government to present a new play in The Drama of Climate Change series. Mr. Tong Chi-keung, Donald, JP, Permanent Secretary for the Environment/Director of Environmental Protection of the HKSAR Government, Ms. Imelda Chan, Head of Charities (Grant Making – Elderly, Rehabilitation, Medical, Environment & Family) of The Hong Kong Jockey Club (HKJC), and Prof. Fok Tai-fai, SBS, JP, Pro-Vice-Chancellor of The Chinese University of Hong Kong (CUHK), officiated at the preview at ZCB (Zero Carbon Building) in Kowloon Bay on 15 December. Members of the audience included representatives from environmental organizations and tertiary institutions, as well as students and teachers of Man Kiu Association Primary School.

The Drama of Climate Change is produced and performed by the renowned Chung Ying Theatre Company (Chung Ying). The last two plays in The Drama of Climate Change series were performed in about 80 primary and secondary schools in Hong Kong, reaching an audience of about 14,000. The overwhelming response from schools led to the third play in the series. In response to “Climate Ready@HK”, the play aims to encourage students to think about and react to climate change and related environmental issues. The performances are crafted with actor-audience interactions, inspiring students to take action to develop a low-carbon lifestyle and to work together to reinforce Hong Kong’s resilience in combating climate change. The new drama tour will take place between February and May 2017, reaching more than 10,000 students and teachers.